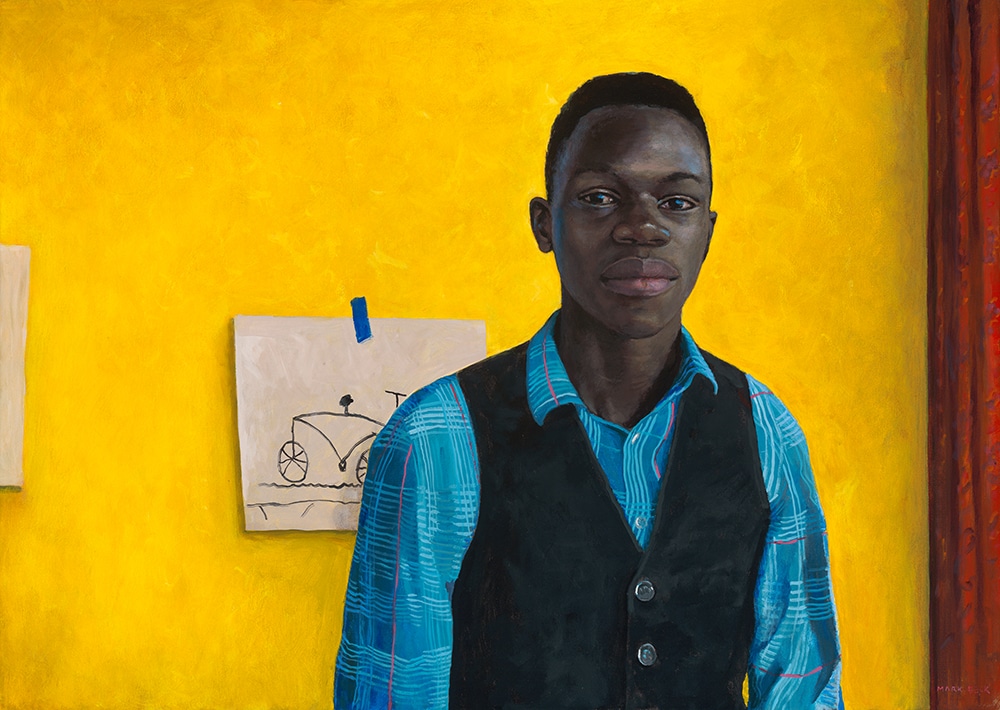 The World Outside is available through E & S Gallery, Louisville, KY.

This painting is about how American society often sees Black men and boys as threatening and the thin protection from brutality Black folks are offered once they leave their home and step out into the world outside.  The drawing on the wall I have juxtaposed with the young Black man is a common symbol of innocence – a child’s drawing.   To the right is a red curtain symbolizing the thin protection Black men have in American society.

The list of unarmed Black men and boys shot by police who were later either acquitted of any wrong doing or were never charged is too long to include here.  Think back to the Emmett Till murder of 1956 which helped ignite the civil rights movement.   Emmett Till was only 14 years old when he was gunned down by police after being accused of looking at a white woman.  There is a stark divide between the way young Black men are perceived versus how young white men (and women) are perceived.

The model who works for me, this young man in the painting, is a 17-year-old high school student in Albuquerque.  I also paint his sister and you can see several of my paintings featuring these two beautiful individuals. We have had several conversations where we explore racism in America and I have learned a lot from them.

The World Outside is part of my American Narrative Series.  It showed recently at the Miami Pulse Art Fair and is now being shown at E & S Gallery in Louisville, KY.