My Tribute to Elizabeth Cotten

Elizabeth Cotten is one of my favorite people…so I made a painting of her. According to the great website www.shemadehistory.com:

“Elizabeth Cotten was an American blues and folk musician, singer, and songwriter. She was left-handed and taught herself how to play the guitar, strung for a right-handed player, upside-down. Cotten developed her own unique style known as “Cotten Picking”. She is best known for the song “Freight Train” written in 1904 when she was just 11 years old. The song was eventually recorded by Peter, Paul and Mary, the Grateful Dead and Pete Seeger.

The first instrument that Cotten taught herself to play was her brother’s banjo, she played it in reverse position because she was left-handed, by age 8 she was playing full songs. She was forced to quit school at age 9 and began working as a domestic. At the age of 11, she bought her first guitar with her savings from work.

She married young and worked as a nanny and domestic helper for years. Then, after a decade of working with the Seeger family, they rediscovered her amazing talent. In 1958, at age 62, Cotten recorded her first album.”

The Story Behind the Painting

I painted Ms. Cotten in her earlier days working as a domestic, as a tribute to all domestic workers everywhere.  I imagined her singing and composing songs while she worked so hard, knowing one day if she just persevered, she would go on to accomplish something great – bringing joy to the whole world with her musical talents.

Here’s a great YouTube video of her playing guitar and singing which I hope you enjoy: Watch her play.

See this painting in person 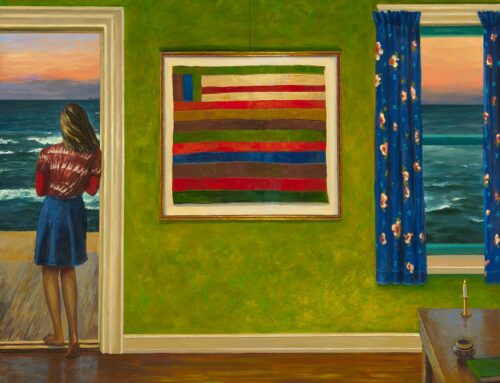 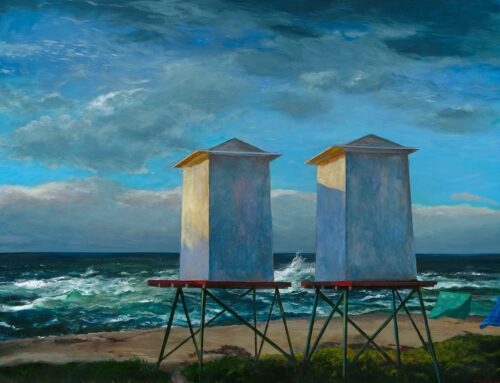 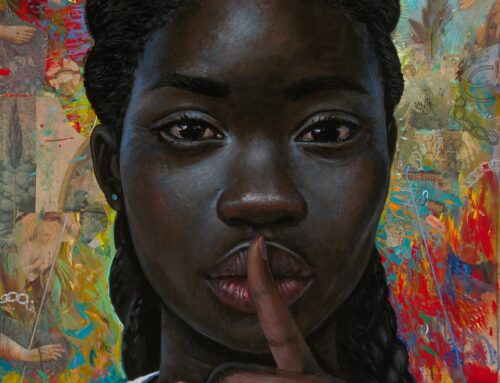 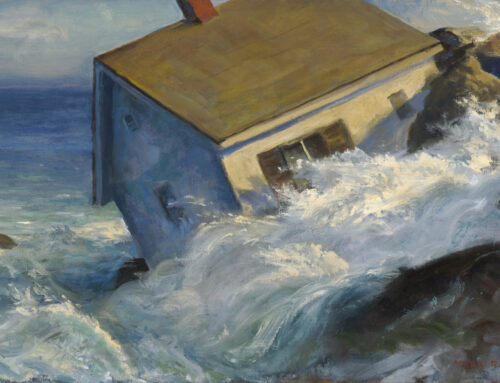